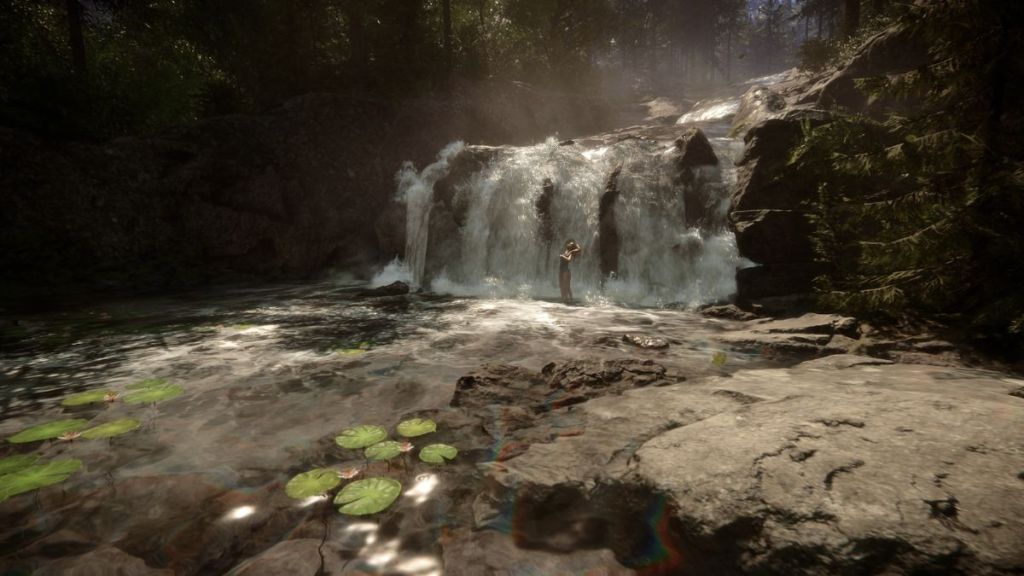 Sons of the Forest is looking to be a much more ambitious project for developers Endnight Games, far bigger than the first game, The Forest. We’re weeks away from the launch of this massive survival game, and the team behind it has been eager to show off the final product to their fans. Leading up to the official release, one of the big talking points for Sons of the Forest is that the map size is four times bigger than the first game.

These details were shared in an exclusive preview video published by IGN. The team confirmed the map size was going to be significantly larger and that it was going to be slightly diverse, as well. Because the map will be gigantic, parts of the island will have a bit of diversity rather than simply having the same species of trees and brush everywhere.

Related: Sons of the Forest preview shows off impressive AI and a three-armed mutant companion

The developers also detailed that the water sources in Sons of the Forest would feel more alive rather than being basic and open areas. Players can expect to see wildlife gathering to the ones appearing in Sons of the Forest, and there are several rivers with difficult terrain surrounding them.

The map size is one of the several significant features the Endnight Games team has been hard at work with for the upcoming sequel. Another thing the team spoke about that players should be excited for is dynamic building, which was much more gamified in The Forest. The first game had players placing their resources down on a blueprint of a structure with a generic design. Now, the building is much more creative and left up to the player, giving everyone a chance to show off their architectural skills. We expect to see some crazy designs hitting social media and Reddit for several months.

Fans also look forward to the helpful companions that assist with multiple tasks through a player’s campaign. These mindless helpers will be effective at gathering vital resources, leaving players the opportunity to focus on these innovative buildings, or constructing defenses against any mutants that get too close.

These drastic changes are a small taste of what we can expect from the Sons of the Forest when it officially releases to PC on February 23.

How to get a Chest of Rage in Sea of Thieves

Ultravist™ by Bayer now approved for contrast-enhanced mammography in EU

Shevonne Philidor: Music is the Platform to Love, Inspire, and Be Free

Author miyuruPosted on January 5, 2023
Photo by Kenny Bobbyy Music has been a part of Shevonne Philidor’s life for as long as she can remember. She’s been playing guitar...
Read More
Entertainment
Author miyuruPosted on January 14, 2023
Shemar Moore is best known for his stoic yet relatable and completely swoon-worthy characters on shows like Criminal Minds and S.W.A.T. He’s also one of the most...
Read More

Author miyuruPosted on January 12, 2023
Discord is quickly becoming synonymous with gaming thanks to its easy and efficient voice chat, along with a slew of commands available to keep...
Read More

Author miyuruPosted on January 20, 2023
Get racing! by Liam Doolan 2 hours ago First 4 Figures have put out some absolutely stunning Nintendo statues in the past, and this...
Read More

Business
Author miyuruPosted on January 29, 2023
Image: Foundry A raft of new AirPods–including a cheaper set targeted at a $99 price point, and the long-awaited...
Read More

Business
Author miyuruPosted on January 29, 2023
Leaders at all levels urged to do more to support workers to speak up, by listening and following up...
Read More