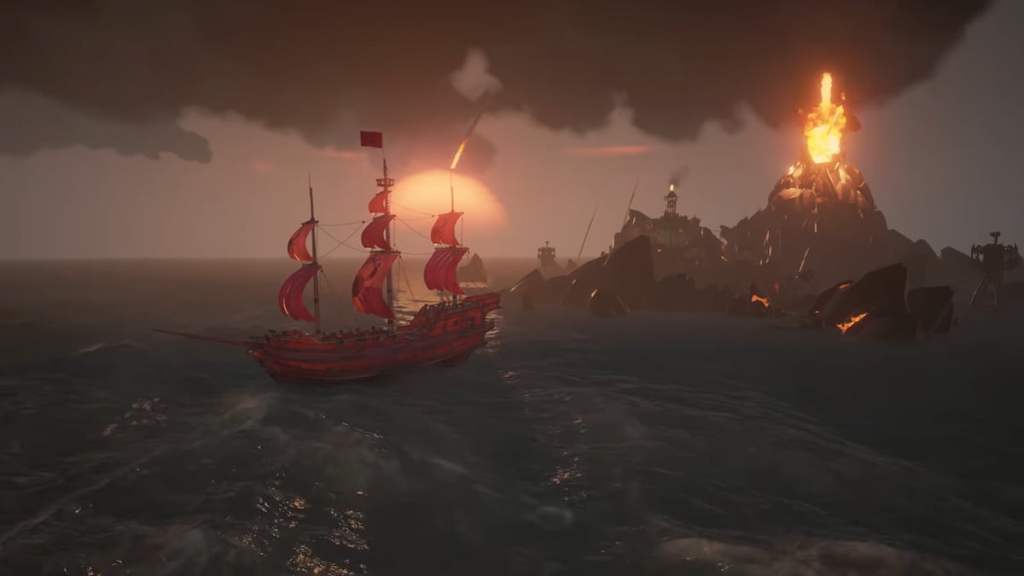 Chests are an excellent source of currency for you and your crew in the Sea of Thieves, but acquiring them is a challenge. You need to embark on specific journeys to add them to your collection. The Chest of Rage is a unique chest because you can turn it in for gold and use it as a bomb to attack enemy ships and powerful skeletons. Here’s what you need to know about how to get a Chest of Rage in Sea of Thieves.

There are multiple ways for you to find a Chest of Rage while playing Sea of Thieves. There’s a chance it could appear on a Skeleton Ship, when defeating a Kraken tentacle, or when taking down the powerful Megalodon. You might also find one while exploring a Shipwreck, or completing a Treasure Map, or it might appear floating in a Barrel of Plenty. However, there’s only a chance for the chest to show up in these locations. You will need to defeat an Ashen Lord or take down a Molten Sands Fortress Skeleton Fort to acquire a guaranteed Chest of Rage.

Related: Can you set up a private server in Sea of Thieves?

The Ashen Lords regularly appear Ashen Wind cloud world event, which will have a distinct red tornado appearance. Should you and your crew sail to this location, there will be multiple Ashen Skeletons performing a ritual on the island. You need to interrupt this ritual for an Ashen Lord to appear and battle against them. If you position your ship correctly, you can use the cannons to help take down this foe, making short work of this difficult encounter. An Ashen Wind tornado can appear in multiple regions throughout the Sea of Thieves, so keep exploring until you find one.

The second guaranteed way to find a Chest of Rage is by storming a Skeleton Fort at the Molten Sands Fortress, which you can find at coordinates Z11 and Z12 on the map. We recommend coming to this location prepared for a heavy fight against a horde of powerful skeletons.

Author miyuruPosted on January 31, 2023
Latest Politics updatein nigeria There was a massive crowd of supporters in Uyo, the Akwa Ibom capital as the All Progressives Congress (APC) held...
Read More

Author miyuruPosted on January 22, 2023
SAVE 84%: CyberGhost VPN can reliably access ITVX from anywhere in the world. A two-year subscription to CyberGhost VPN(Opens in a new window) is...
Read More