Why not take a little trip away from the cold weather. Maybe not physically, but at least visually. Today  Kepler Interactive has unveiled the latest gameplay footage for their upcoming adventure exploration game, Tchia. The video, titled “Tchia Gameplay Series 1/7” dives deeper into the overall world of the game. Players can expect to see a lot more of the game’s world in the trailer. Additionally, a press release delves a little more into the specifics of the game. 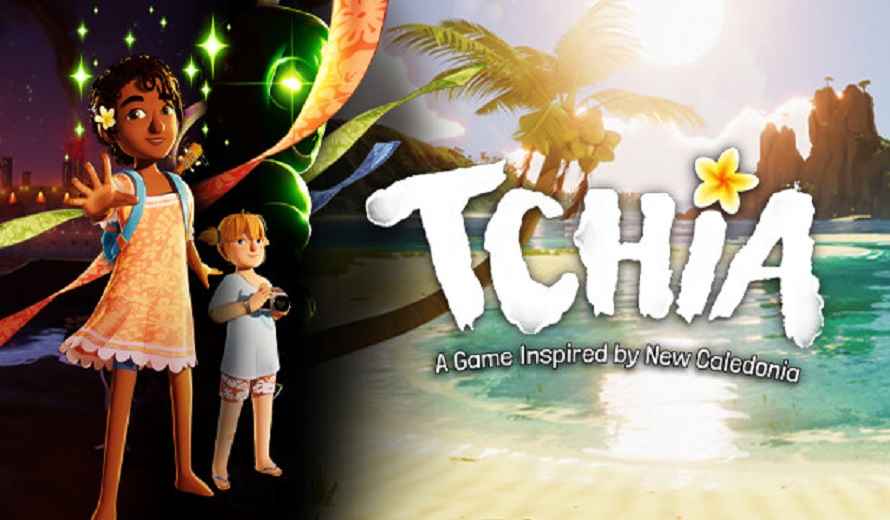 Tchia is an open-world adventure game revolving around the titular character. Importantly, the game places players in a tropical setting with a vast island for Tchia to explore. Seeing as the island is so massive players will have a variety of ways to explore it. And she is going to need them. Run, jump, or glide vast distances across the island on an adventure to save her father. Her father is in danger, as is the rest of the island, the evil creatures known as Maano. Of course, there is no reason to fear. Tchia is a fighter, and hse has a lot of methods to deal with the Maano.  Use lanterns to burn the cloth creatures, or use soul magic to crush them.

The new gameplay footage dives deeper into the world, music and story of the game. Players can watch as Tchia explores the island, running and sailing around. Of course, the video also discusses the music and how it adds to the overall experience of the game. Check it out below.

Tchia is set for release in the Spring of 2023. It will be available for PC, PlayStation 4, and PlayStation 5.

Author miyuruPosted on January 21, 2023
Nio takes Raizo on a tour of Chinatown of Nagasaki and Dejima in episode 3 of Revengers, titled “Fortune is Fickle and Blind”. Raizo...
Read More

DIY Renovations Are Growing More Popular But Are They Always Worth It?

Author miyuruPosted on February 8, 2023
Source: gobankingrates.com Many handy homeowners turned to become DIY-ers in the middle of a pandemic, stuck at home with nothing to do. The lockdowns...
Read More

Author miyuruPosted on January 9, 2023
As we lead into 2023, we’ve put together a new series of guides on key digital strategy elements, to help you map out the...
Read More

Author miyuruPosted on January 29, 2023
Gerard Butler felt “inspired” by Mike Coulter on the set of ‘Plane.’ The 53-year-old actor stars alongside Mike, 46, in the action movie as...
Read More

Health
Author miyuruPosted on February 8, 2023
We may earn commission from links on this page, but we only recommend products we back. Courtesy of Retailer...
Read More

Health
Author miyuruPosted on February 8, 2023
We may earn commission from links on this page, but we only recommend products we back. HOKA WITH SO...
Read More

Health
Author miyuruPosted on February 8, 2023
We may earn commission from links on this page, but we only recommend products we back. Courtesy of retailer...
Read More