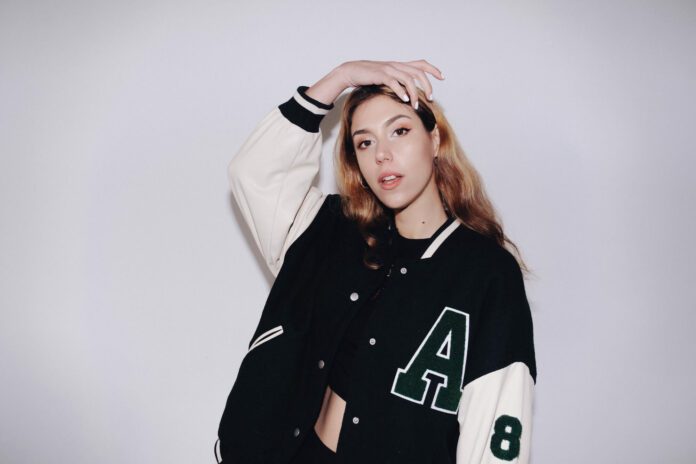 Natalie Shay is a critically acclaimed, multi-award-winning musician known for her explosive live performances and vibrant, infectious anthems. The North London artist writes relatable lyrics touching on love, self-discovery and the everyday experiences of a twenty-something. At her core, she’s a remarkable storyteller, one that continues to break boundaries and trailblaze into her own realm of indie pop from the soul.

Her latest single “The Edge” is about the painful breakdown and complete blow-up of Shay’s friendship with her best friend. The songwriter confides, “This is one of my favorite songs I’ve ever released, and as the feelings are still very raw, I’m hoping to find closure in this.”

Accompanied by its B-side “everything’s been happening,” the two tracks tell the story of how once you finally come out of something that had grown bad for you, you reflect and realize so many cracks showed long before you accepted that as the case. Shay reveals, “Despite missing her and the good parts of the friendship so much, I know in order to still respect myself, I have to honor the power of an apology, and in this case, the lack there of one.”

Both tracks voice the understanding of the power that someone’s dream can hold over their well-being and happiness. Shay admits, “I am guilty of this myself, a lot of my mental health, personality and entire identity are completely wrapped up in my work. This is the same for a lot of creatives and people with a dream or goal from a young age in general. On realisation that these goals may not happen the way you’d always planned, or realising things are going to be much harder than you ever expected, this can cause trouble for some people who lack the courage. I think me and my friend are guilty of this, and subsequently, this triggered the downfall.”

Staying true to her irresistible indie pop sound, “The Edge” shines with kaleidoscopic synths, a contagious beat, and energetic melodies. Despite the song’s melancholy theme, sonically it’s the ultimate get-up-and-dance track, allowing you to lose yourself in the music.

Having received praise from notable publications such as Billboard, Clash, NOTION, Wonderland Magazine, and The Line of Best Fit to name a few, Shay is on everyone’s radar. She has landed on Spotify’s New Music Friday playlist in 12 countries and has also worked on EDM tracks with the likes of Grum and Kryder, racking up over seven million streams to date. Selling out prestigious venues across London, Shay is one of the UK’s hottest emerging talents. Tickets are now on sale for Natalie Shay’s upcoming headline show at The Omeara in London on 3rd March 2023.

Author miyuruPosted on January 9, 2023
A former employee of the Wolf of Wall Street firm Stratton Oakmont has claimed one of the most memorable moments from the movie never...
Read More

‘The Last of Us’ Season 1 Episode 2 Recap: Umami Bomb

Author miyuruPosted on January 23, 2023
The Last of Us exploded onto HBO with a massive series premiere, scoring 4.7 million viewers for its opening installment. It’s HBO’s second-biggest premiere since 2010’s Boardwalk...
Read More

Author miyuruPosted on January 19, 2023
Hey Siri, I have trouble sleeping and I also have a tiny bit of anxiety about the world we’re living in. What do I...
Read More

Business
Author miyuruPosted on January 29, 2023
Image: Foundry A raft of new AirPods–including a cheaper set targeted at a $99 price point, and the long-awaited...
Read More

Business
Author miyuruPosted on January 29, 2023
Leaders at all levels urged to do more to support workers to speak up, by listening and following up...
Read More